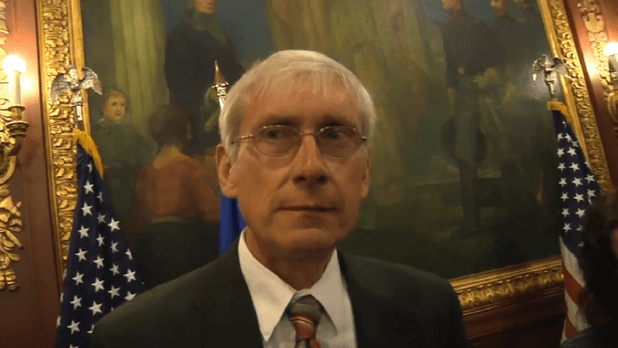 After Pledging to ‘Raise no Taxes’, Evers Tries to Downplay Tax Hike as ‘Small’

[Madison, WI] – In yet another display of his bumbling leadership, Governor Tony Evers claimed yesterday that his state budget proposal is “pretty close” to not raising taxes, even though it would increase taxes by $1.3 billion. This comes after Evers vetoed a bill to reduce taxes for Wisconsin’s middle-class families, gave his key appointees double-digit salary increases, and repeatedly reversed course on raising taxes. Of course, this is also not the first time Governor Evers has mischaracterized the truth to mislead the public. Last month, Evers lied to Wisconsinites in an attempt to garner support for his social justice proposal to decriminalize marijuana possession.

Gov. Tony Evers said Thursday that the state budget he proposed is “pretty close” to not raising taxes, even though it would increase them by $1.3 billion over two years.

Evers, in an interview on WTMJ radio, said that there “may be some small tax increases.” The comments drew an incredulous reaction from Republican legislative leaders.

“Is this a joke?” Senate Majority Leader Scott Fitzgerald tweeted . “The governor’s budget contains over $1 billion in tax hikes after he told Wisconsin voters he planned to not raise taxes at all.”

Assembly Speaker Robin Vos tweeted that it was indisputable Evers wants to raise taxes and, “It’s unfortunate that (Evers) can’t even admit it.”

Evers promised during the campaign not to raise taxes, only to then put forward a budget that would raise the gas tax and some vehicle registration fees and reduce tax credits available to manufacturers and wealthier tax filers with capital gains.

In total, taxes and fees would increase by about $1.3 billion under his plan, based on an analysis by the nonpartisan Wisconsin Policy Forum.

His spokeswoman, Melissa Baldauff, did not immediately reply to a message seeking clarity on why Evers sees the proposed $1.3 billion tax hike over two years as “pretty close” to being tax neutral.