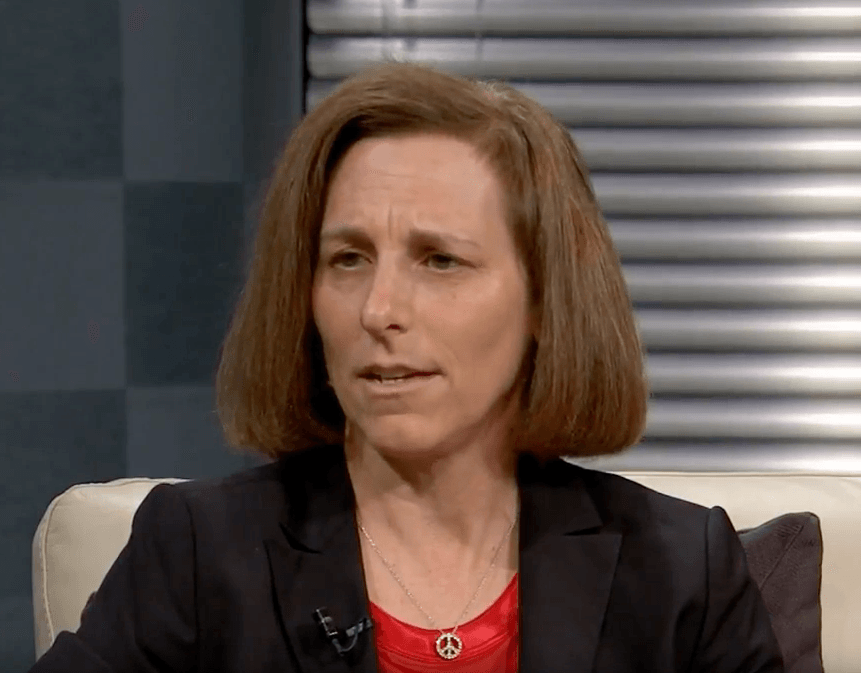 Earlier this year, Daniel Lieske was found guilty of murdering Jesse Faber in cold blood by shooting him six times as he laid on the floor of Lieske’s residence. Lieske then rolled Faber’s body into a rug, put it in a garbage bag, sealed it in duct tape, and dumped it in a storage unit. Medical examiners had to wait for the body to thaw in order to perform an autopsy.

Lieske faced a mandatory life prison sentence for his crime, but during sentencing Judge Jill Karofsky went against the wishes of the victim’s family and the District Attorney’s Office by giving Lieske an opportunity to seek release from prison on extended supervision after just 20 years–the minimum amount of prison time allowed by state law.

“Dane County Judge Jill Karofsky’s history of giving violent offenders light sentences should be extremely troubling to Wisconsin voters. Instead of following the wishes of the victim’s family and prosecutors in protecting the public, Karofsky chose to give a brutal murderer the lightest sentence possible under Wisconsin law. Karofsky’s preference for giving light sentences to hardened criminals who threaten our communities has no place on Wisconsin’s Supreme Court.”

Now we have our first real issue of the state Supreme Court race. And it’s not likely to go away soon.

About a month before she announced her candidacy for the high court, Dane County Circuit Judge Jill Karofsky gave the most lenient sentence possible to a Marshall man convicted of first-degree intentional homicide.

In March, a jury found that Daniel Lieske, 61, was guilty of shooting Jesse Faber, 21, six times while Faber was lying on the floor of Lieske’s duplex. Lieske was also convicted of hiding the corpse by wrapping it in garbage bags and putting it in a storage unit.

Faber’s family and a Dane County prosecutor called on Karofsky to lock up Lieske and throw away the key. Instead, she sentenced Lieske to life in prison but allowed him to petition for his release on extended supervision — a type of parole — after 20 years behind bars.

“I know some of you wanted the most maximum sentence in this case, and were I sitting in your seat, I would want the exact same thing, too,” Karofsky said on the April 19 sentencing hearing. “You don’t have to like this sentence or agree with the sentence.

“The reason behind my sentence is because Mr. Lieske would be 81 years old at the time that he would be eligible for extended supervision.”

And Karofsky, one of three candidates vying for the Supreme Court, was right. The Faber family is still apoplectic over the sentence Karofsky handed down.

Here is April Faber, Jesse’s mother, to the Journal Sentinel:

“Dan (Lieske) had no reason doing what he did whatsoever. No, he should not get parole possibility after 20 years. I don’t get to see my son ever again. He (Lieske) should never see the light of day.”
…

It has also opened Karofsky up to criticism from the campaign for Supreme Court Justice Dan Kelly, the only conservative in the three-way contest. Also running in the February primary is Marquette University law professor Ed Fallone. The general election is in April.

Kelly’s campaign manager, Charles Nichols, ripped Karofsky for her handling of this case and another involving a Madison burglary “kingpin.”

In that second case, Karofsky accepted a plea deal in late 2018 in which she sentenced Cleaster Moon, 24, to 1 1/2 years in prison for a series of crimes. But Moon was back out on the streets this fall, accused of terrorizing neighborhoods and leading cops on high-speed chases. He is now facing 20 felonies and three misdemeanors.

“These cases suggest a troubling pattern by Judge Karofsky of letting hardened criminals off easy — a sure sign of an activist judge,” Nichols said.
…

Karofsky’s campaign tried to get ahead of this issue by sending out a fundraising note last week accusing Kelly of “desperately attacking us and trying to sling mud at Jill” — an almost word-for-word match with the campaign’s official statement on the criticism.

The solicitation ends with a link asking for donations up to $2,500. “Help us fight back against Dan Kelly’s smears — rush a donation by clicking here,” the email said.
…