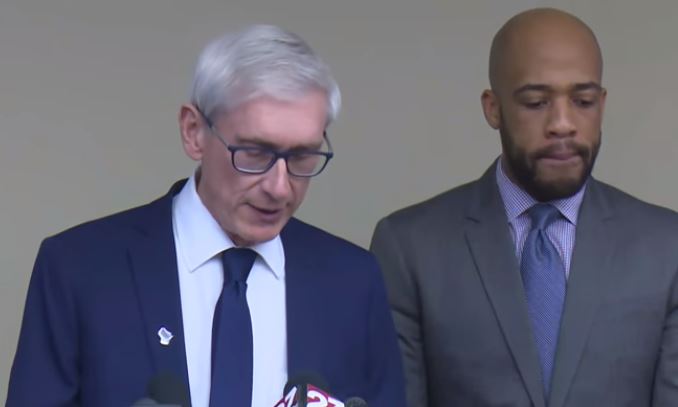 [Madison, WI] –  Jan. 7, 2020 marks one year since Gov. Tony Evers took office as Governor of Wisconsin. His first year is marked by a series of broken promises, partisan games and little accomplishment.

“Despite promises to the contrary, Gov. Tony Evers came up short on his promises and failed to achieve much of anything during his first year in office,” said Mark Jefferson, Executive Director of the Republican Party of Wisconsin. “Wisconsinites should remember the failures of Democrats over the past year when they go to the polls this November and beyond.”

Read about some of Gov. Tony Evers’ top failures as Governor below:

Flopping on his 11th hour promise to raise no taxes

In the final days of his campaign for Governor, then candidate Tony Evers told the Washington Post, “I’m planning to raise no taxes.” Just a few months later, Gov. Tony Evers released a state budget that included more than $1 billion in tax increases over a two-year period. Gov. Evers later said that over $1 billion in tax increases was “pretty close” to not raising taxes.

Closing the curtain on open government in Wisconsin

Gov. Tony Evers has fought to close the curtain on open government by rolling back practices that keep government accountable to the taxpayer. He even tried to deny a reporter to see just one days worth of his emails.

When Congressman Sean Duffy stepped down, Gov. Tony Evers wanted to avoid boosting turnout in more conservative rural Wisconsin during the April 7th Supreme Court Election.  Under the guise of wanting the people of northern Wisconsin to be represented as soon as possible, he called an illegal special election on a Monday before New Year’s Eve.  When that scheme was blocked by the Feds, Evers then pushed the election five weeks beyond the already scheduled Spring election.  His maneuvering to suppress rural votes was aimed at providing a boost to his liberal friends, and now the people of the 7th Congressional District will have to vote in two general elections this spring to make their votes fully count.

Promising to work across the aisle, but name-calling and signing unilateral executive orders instead

When Gov. Tony Evers took office, he promised to work across the aisle with Republicans. Instead, Gov. Evers resorted to name-calling and signed a record number of executive orders to achieve his ends.

Failing to protect the unborn

Instead of signing common sense abortion bills into law, Gov. Tony Evers caved to abortion activists and vetoed bills that would protect the unborn. The bills included measures that would protect newborn babies from failed abortion attempts and require that doctors inform mothers that they may be able to reverse the abortion after taking the first dose of the abortion pill. Another bill aimed to protect babies from discrimination based on sex, race or disability inside the womb.

Gov. Tony Evers joined other extreme Democrats by telling reporters that he is open to forced government confiscation of our firearms.