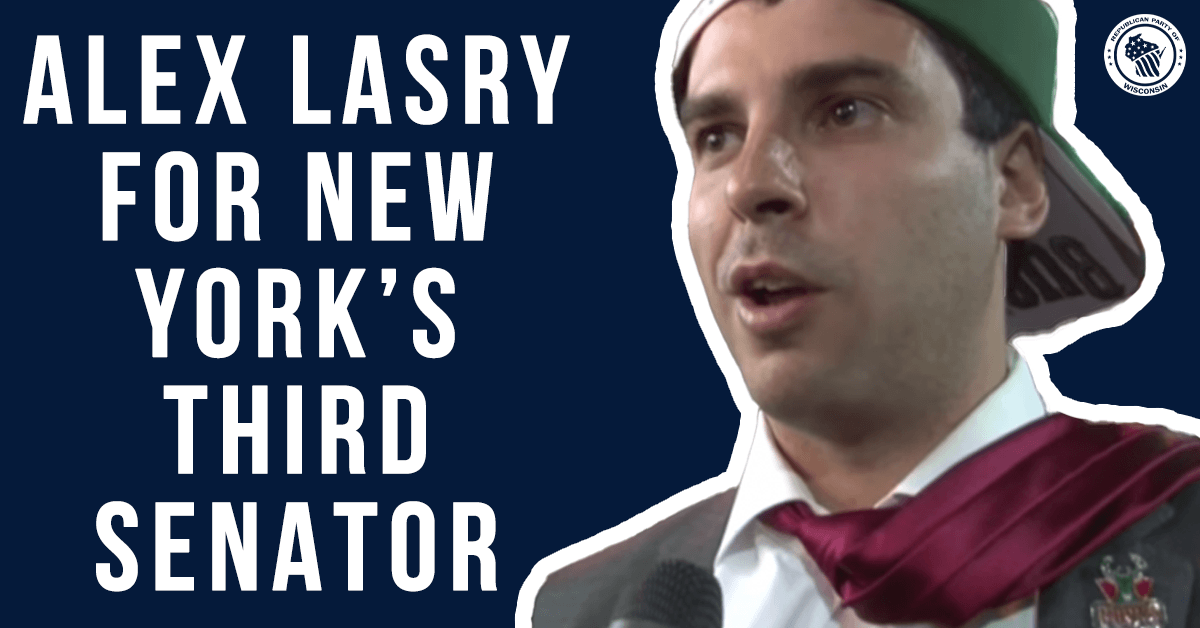 [Madison, WI] – In case you missed it, in a video unearthed by The Intercept, New York trust fund baby Alex Lasry reveals that he was pleasantly “surprised” to find that Milwaukee is, in fact, a real city with actual amenities. Lasry, who had only lived in “kind of bigger East Coast cities” previously, was “surprised” to learn that “Milwaukee has all the same things as any city, especially any big city, has,” such as restaurants, bars and sports teams.

Lasry visited the state that he purports to want to represent in the United States Senate for the first time in 2014 when he followed his Democrat mega-donor father Marc Lasry to purchase the Milwaukee Bucks. As he begins his quest to become New York’s third United States Senator, he recently shared his observations of Wisconsin.