[Madison, WI] – In 2018, Tony Evers said that “flip-flopping” is not a “great re-election strategy.” Nonetheless, today Tony Evers proposed the same child tax credit policy that he opposed while running for governor in 2018. 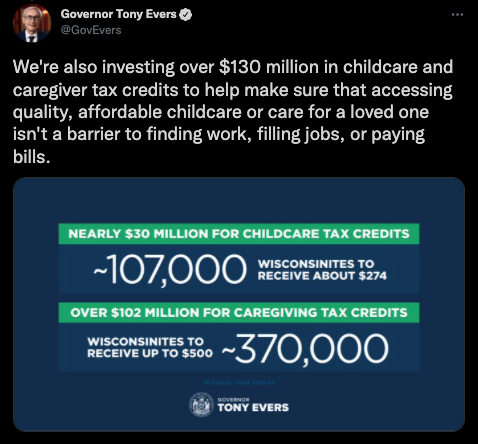 Try as Evers might to explain that “this is not a re-election thing,” despite the fact that he opposed this very policy until his re-election year, Wisconsinites see the truth behind his sudden change of heart.

“Tony Evers can’t keep his re-election pitch straight. One minute he’s opposing the Legislature, the next he’s running on their accomplishments, and now, he’s running on policy issues that he opposed during his 2018 campaign,” said Republican Party of Wisconsin Communications Director Anna Kelly. “Evers should take his own advice: flip-flopping is a bad re-election strategy.”