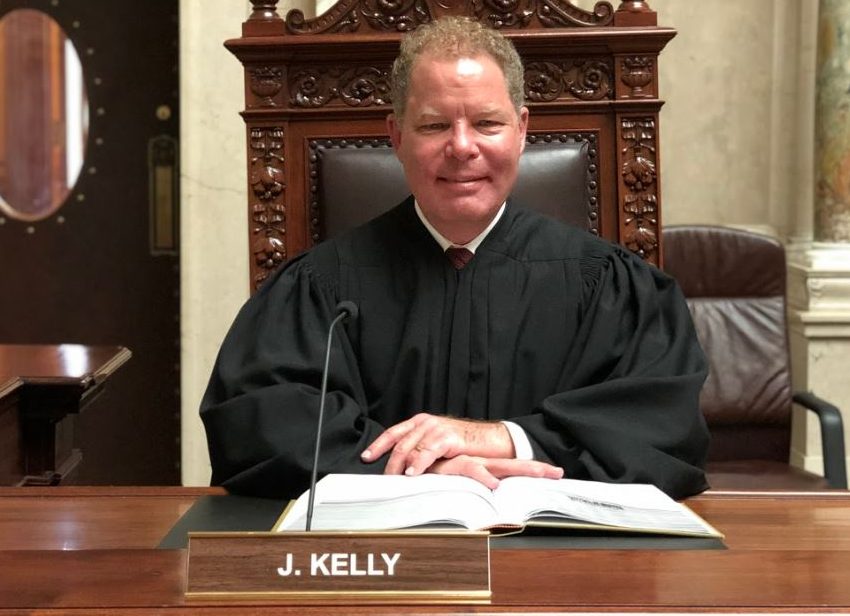 [Madison, WI] – In case you missed it, as Wisconsin Supreme Court candidates make their case to voters, Justice Daniel Kelly stands out as the only candidate who will uphold the rule of law. Justice Daniel Kelly made it clear that he has the knowledge, temperament, and principled decision-making the people of Wisconsin need on their Supreme Court.

Justice Kelly’s proven record of adherence to the Constitution and rule of law – that means deciding cases based on what the law is, not what he thinks the law should be – stands in clear contrast to that of his opponents. The Wisconsin State Journal reported that both of Kelly’s opponents, Jill Karofksy and Edward Fallone, fully acknowledge their “progressive” political leanings.

One of his opponents, liberal Dane County Judge Jill Karofsky, even acknowledged that she would stray from the original intent of the Constitution. Speaking to the State Journal, Karofsky stated, “we need to be interpreting the Constitution with today in mind. It’s 2020.” This isn’t the first time that Jill Karofsky has revealed her political agenda for the Supreme Court, she said that she would advocate for social justice issues from the bench, spoke out in favor of gun control and has a history of giving light sentences to hardened criminals.

Control of the Wisconsin Supreme Court may not be up for grabs in this spring’s election, but the three candidates vying for a 10-year term on the court still argue their election would drive it in a significantly different direction.

Incumbent Justice Daniel Kelly, who is backed by conservatives, and Dane County Circuit Judge Jill Karofsky and Marquette Law School professor Ed Fallone, both backed by liberals, are set to compete in the Feb. 18 primary that will determine which two candidates advance to the April general election.

But political observers say the race nevertheless carries political weight. A win by a liberal-backed candidate this year would give liberals the chance to retake the majority on the court in 2023, when conservative-supported Chief Justice Patience Roggensack’s term expires. If Kelly wins election in April, conservatives will hold onto the majority until at least 2025.

Kelly, who was appointed to the court in 2016 by former Republican Gov. Scott Walker to replace retiring Justice David Prosser Jr., said serving a full term would help ensure the court remains faithful to the state and U.S. Constitutions.

“For me, it’s a very straightforward issue,” Kelly told the Wisconsin State Journal. “This is about being faithful to the Constitution, the Constitution as it is actually written, not as we might wish it to be written, but as it was actually adopted and maintained by the people of Wisconsin.”

Kelly, who is supported by conservatives, describes his judicial philosophy as “textual originalism,” meaning he looks for the original public meaning of the text of the law or the state or U.S. Constitution or their amendments when they were adopted.

“It’s important that we not insert ourselves into what we think the text should be, we just take it as it is actually written,” Kelly said. “It’s kind of a humble role in the governmental structure.”

If today’s society opposes provisions of the Constitution, they can be changed through the amendment process, not through Supreme Court justices, he said.

A component of his judicial philosophy that has prompted criticism from Fallone and Karofsky is his view toward precedent. While Kelly said stability of law is important so Wisconsinites know what’s expected of them, overturning precedent is important if a justice believes a prior high court ruling is incorrect.

“The only time that a precedent should be overturned is when it’s just flat wrong,” Kelly said. “But it’s important that we do overturn it if it’s wrong. Our role is not to perpetuate errors. Our role is to state accurately what the law is.”

Kelly said a prominent example of such a doctrine was Brown vs. Board of Education, the racial segregation case that overturned a 60-year precedent set by Plessy v. Ferguson.

When it comes to constitutional law, she [Karofsky] said “we need to be interpreting the Constitution with today in mind. It’s 2020.”

Karofsky has faced several lines of criticism from conservatives and her opponents, who say she would be a “social justice warrior” on the bench, that she doesn’t have sufficient experience with civil cases and that she is soft on crime.

Karofsky acknowledges her progressive politics but said fairness and the rule of law dictate her decisions, not her personal policy preferences. She said her time on the front line of the criminal justice system made it clear to her that some criminal justice reform is necessary.

Fallone defended himself against accusations he doesn’t have sufficient experience in Wisconsin courts. As a law professor, he said, he follows a notable line of other influential justices, such as Abrahamson — a former chief justice — and U.S. Supreme Court Justice Ruth Bader Ginsburg. He said the idea that Wisconsin Supreme Court justices should have trial experience is a false qualification.

Fallone declined to say which justices his judicial philosophy most closely aligns with. He said he identifies as a progressive.