With the first of two debates between Senator Ron Johnson and Mandela Barnes taking place Friday, here are five lies and other outrageous statements  Mandela Barnes needs to explain and be held accountable for tonight.

Mandela Barnes counted a total of nine law enforcement endorsements for his campaign when he released his list last month. Not nine organizations – nine single law enforcement officers, including seven retired officers and two active duty officers. Just days later, both active duty officers withdrew their support, with one telling reporters he never gave Barnes his support to begin with. 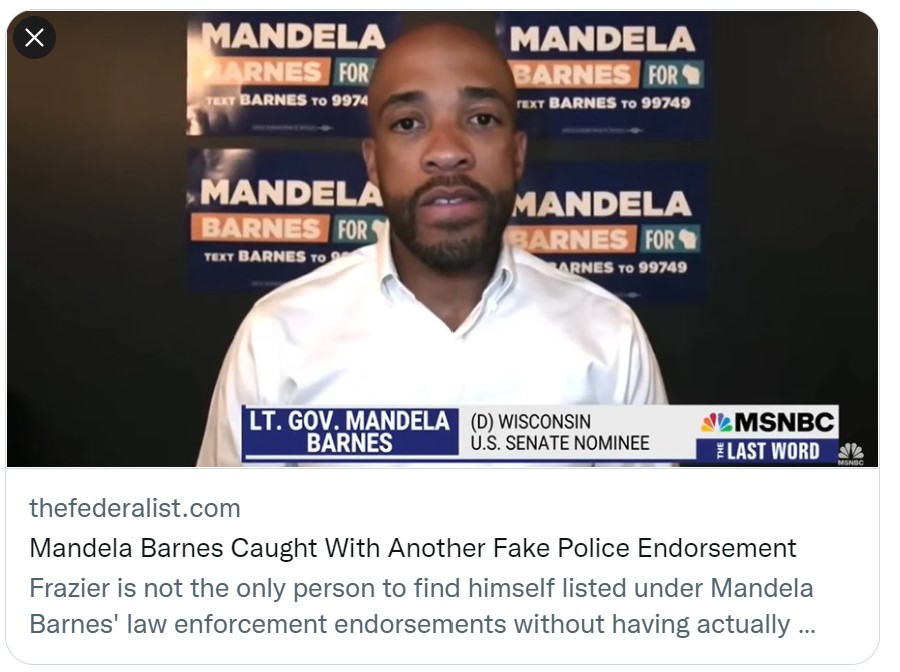 Barnes hasn’t been shy in his support for abortion, claiming he supports “going back to Roe”. But what he won’t answer is why he supports going ever further, which is abortion access right up until the moment of birth.

One thing you can expect Barnes to support is taking away your constitutional rights. He’s not shy about sharing his anti-gun stance.

You’ve seen the t-shirt and the tweets. Mandela Barnes’ support for abolishing I.C.E. goes back to when he was first elected Lt. Governor and has been consistent for the last four years, that is until he started to take heat for it in this election. 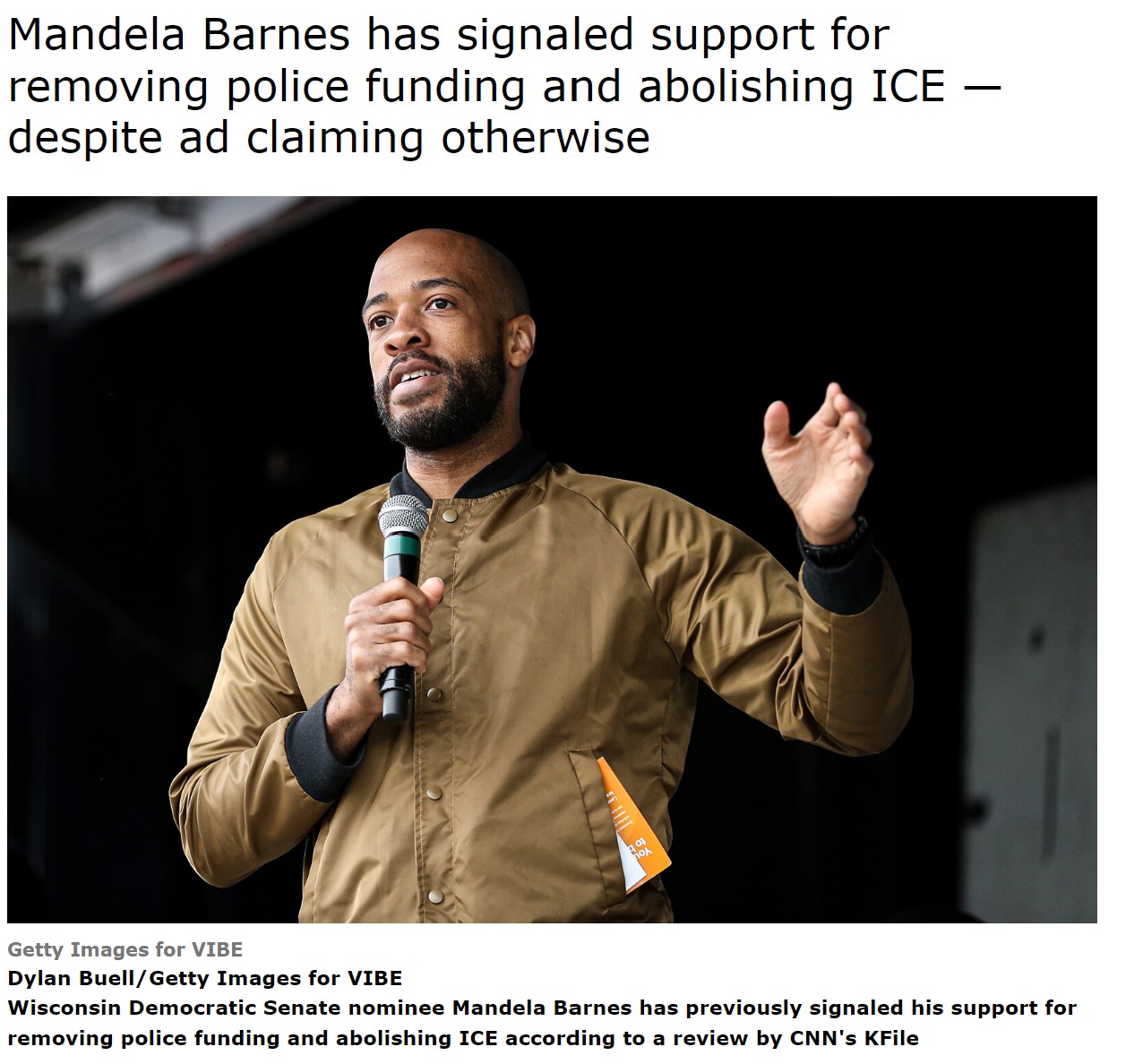 It’s well-documented that Barnes is a radical socialist. He supports entirely government-run health care, wants to defund police, and he is supported by radical left-wing groups like the Working Families Party. It’s also clear he wants to be part of “The Squad” if he gets elected. 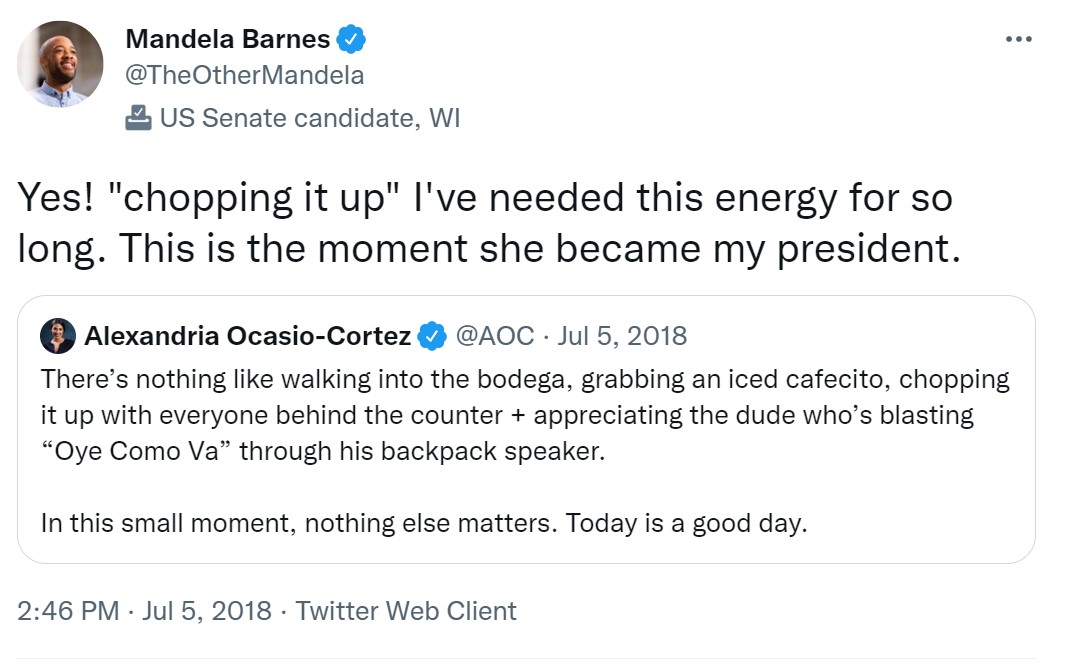 As Barnes complains about police being racist and wanting to defund them, he sure doesn’t mind making them his personal chauffeur service. 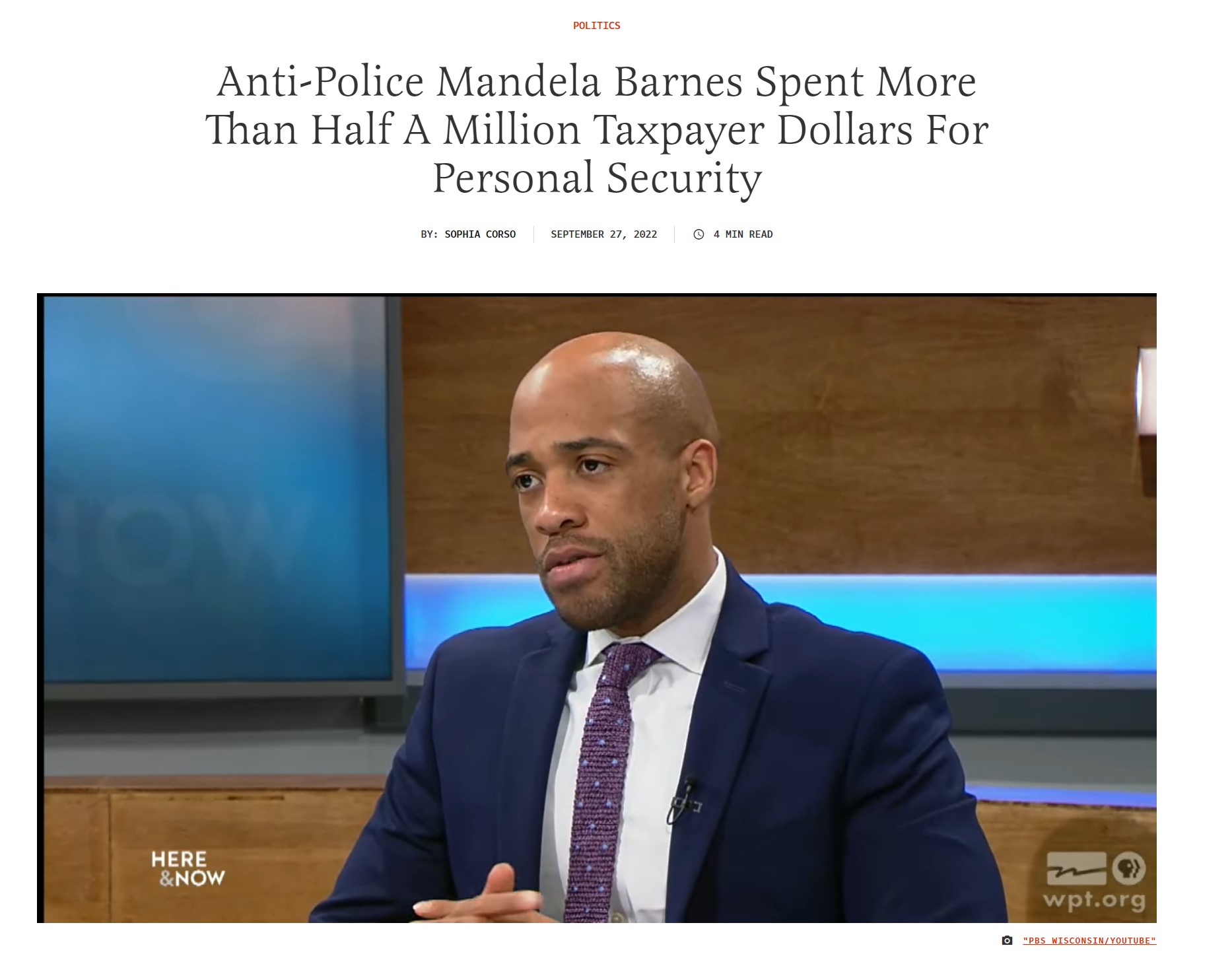