Yesterday marked the final day for Wisconsin candidates to turn in their nomination signatures to get on the ballot, and Senator Ron Johnson blew Democrat hopefuls out of the water. Senator Johnson broke the state record by submitting 30,000 nomination signatures from all 72 counties in the state of Wisconsin, shattering the previous record set by Tammy Baldwin at 13,000. 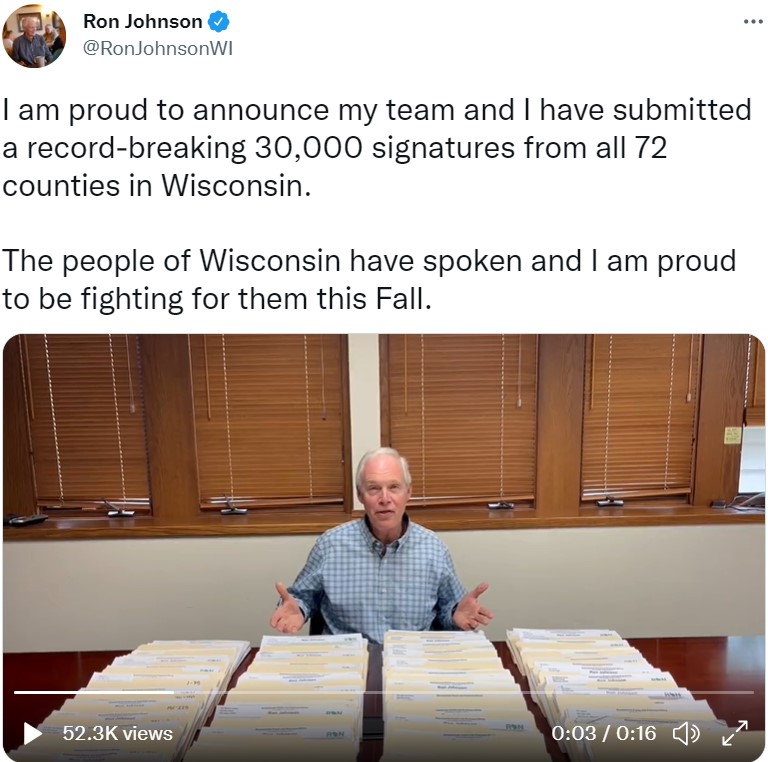 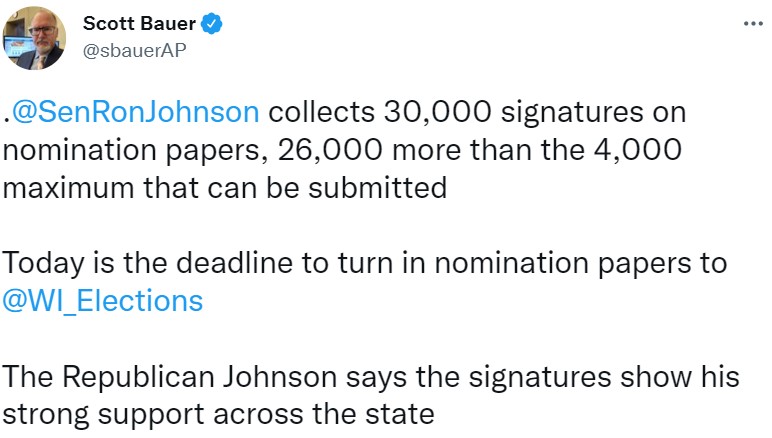 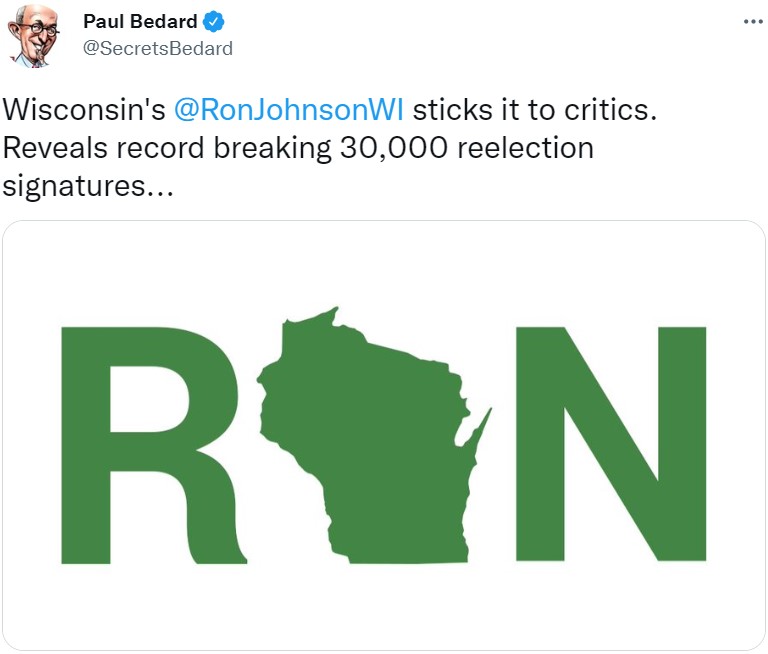 “Despite millions in Democrat spending, Senator Johnson is breaking records because of the unprecedented energy behind him. The momentum is on the side of Senator Johnson and Republicans, and yesterday’s historic accomplishment was just the start.” – Republican Party of Wisconsin Rapid Response Director Mike Marinella