After Tony Evers said in an interview that Darrell Brooks, the suspect in the horrific attack on the Waukesha Christmas Parade, “should not have been out on bail,” Evers’ handlers cut off a follow up question from a Fox 6 reporter. Evers then walked away from a reporter asking whether it was time to fire Chisholm as a result of the tragedy – an authority that lies with the governor under Wisconsin statute. 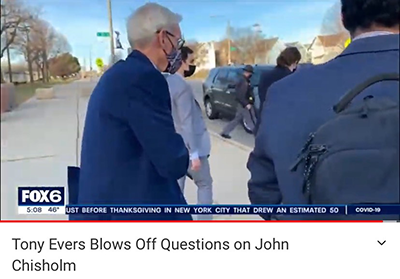 “In light of the horrific tragedy of Waukesha, public safety is top of mind – but Tony Evers won’t even answer whether he plans to hold anyone accountable,” said Republican Party of Wisconsin Communications Director Anna Kelly. “Evers may not hold anyone accountable for this and other failures under his watch, but soon voters will.”