[Madison, WI] – After March saw the highest monthly number of illegal border crossings in DHS history, it’s no wonder that border security is causing trouble in paradise for Democrats in Wisconsin and across the country.

According to a recent report by Politico: “The administration has a few weeks to cool the criticisms from Democrats. Otherwise, the Biden administration could be locked in a lengthy political fight with members of its own party, dividing them just as they need to unite.”

Yet Democrat candidates for U.S. Senate are not-so-subtly throwing Joe Biden under the bus and even backtracking from their prior positions to save themselves from being lumped in with Biden and his 32 percent approval on immigration:

Meanwhile, Tony Evers has stayed silent, but given his record of pulling National Guard troops from the border and refusing to join other governors in asking Biden to address the crisis, Wisconsinites know that he will never prioritize border security. 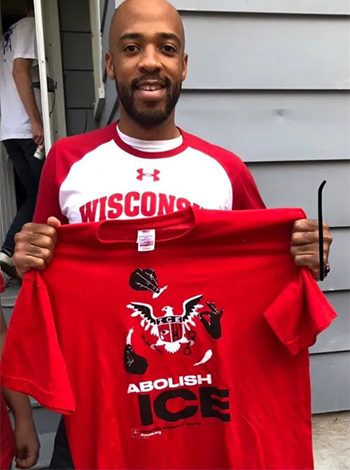 “Democrats know that any agreement with Joe Biden is political suicide, but they’re leaving just enough room for doubt to appease their far-left base,” said Republican Party of Wisconsin Communications Director Anna Kelly. “Wisconsinites want a true commitment to border security from their U.S. Senator – not flip-flops and backtracks.”