[Madison, WI] – In case you missed it, this week Tim Michels and Roger Roth embarked on a unity tour across Wisconsin – joining grassroots leaders, state party officials, and candidates for local and state offices in county party headquarters throughout the state.

From Monroe, to La Crosse, to Minocqua, to Green Bay, to Racine, Republicans are fired up and ready to defeat Tony Evers and send conservatives to Madison this fall. 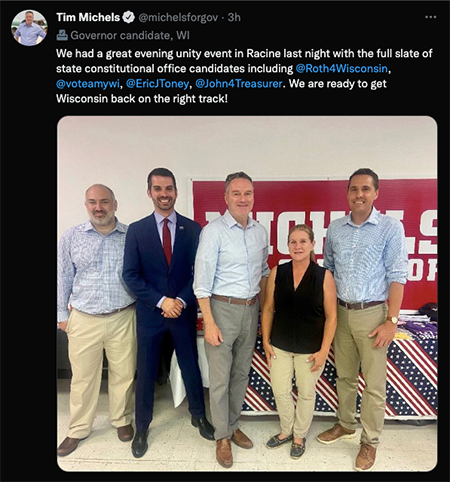 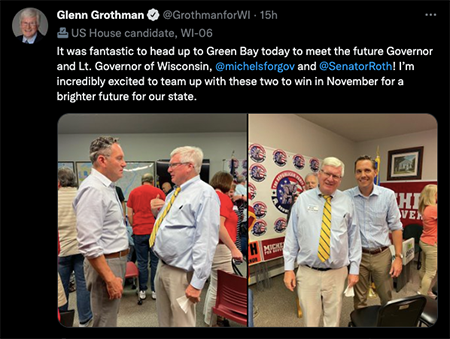 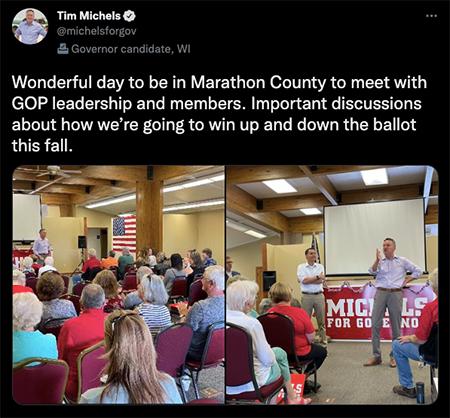 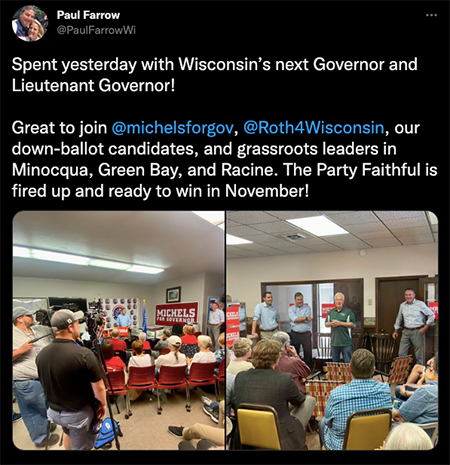 “The strong turnout at our unity events is a testament to the excitement behind the Republican ticket in 2022,” said Republican Party of Wisconsin Chairman Paul Farrow. “The enthusiasm is on our side, and Republicans are united to re-elect Ron Johnson, send Tim Michels to the Governor’s Office, and elect conservatives up and down the ballot this fall.”

Read more about the tour: