[Madison, WI] – Earlier this year, Tony Evers said that he was too “busy” to meet with victims of crime. In four months of campaigning, Tim Michels has already done more to support Wisconsinites who have suffered at the hands of violence than Evers has in three years as governor. 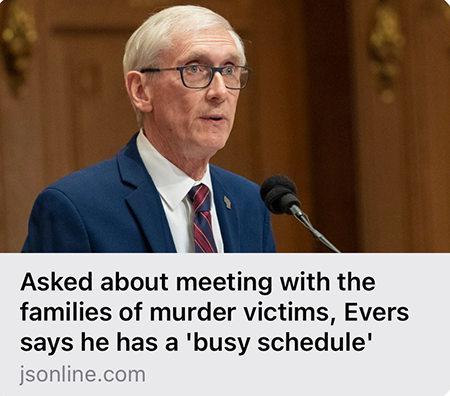 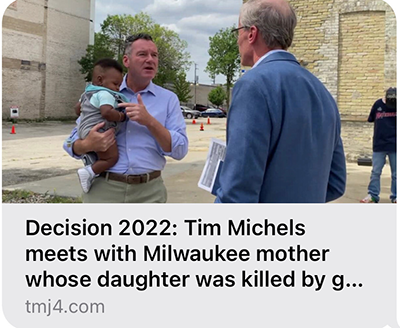 Try as he might to hide behind his hokey facade, Wisconsinites see the result of Evers’ soft-on-crime policies and failed leadership – historic homicide rates in Milwaukee and rising crime rates throughout Wisconsin. In Kenosha, he fanned the flames of violence and refused federal help to keep people safe.

“While rising crime has ripped apart families and communities, Tony Evers has opted to fan the flames of violence and side with his far-left handlers instead of Wisconsinites,” said Republican Party of Wisconsin Executive Director Mark Jefferson. “We’re less safe under Tony Evers.”