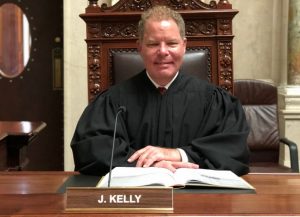 [Madison, WI] – In case you missed it, Justice Daniel Kelly received the endorsement from the Milwaukee Police Association who cited Justice Kelly’s record of protecting the public and enforcing the law as it is written.

Justice Kelly’s record stands in stark contrast with Judge Jill Karofsky, who has let several violent offenders convicted of assaulting or threatening police officers off without a single day in jail. Karofsky’s record of protecting our communities is abysmal, she once let off a brutal murderer with the lightest sentence possible and let another hardened criminal off easy. Time and again, Karofsky’s interest has been in protecting criminals who threaten our communities rather than the brave men and women who keep us safe.

The Milwaukee Police Association’s endorsement of Justice Daniel Kelly recognized his outstanding record. MPA President Dale Bormann said, “During his time on the Court, Justice Kelly has demonstrated his commitment to protecting the public and keeping Wisconsin families safe by enforcing the laws as they are written.”

Organizations like the Milwaukee Police Association understand that Justice Daniel Kelly’s proven record of adherence to the Constitution and rule of law makes him the most qualified candidate to serve on Wisconsin’s Supreme Court.