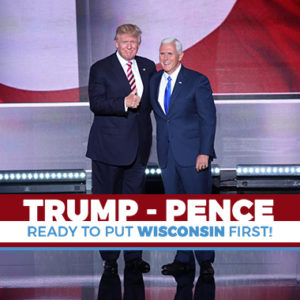 “The Trump Administration is putting forward an America First agenda. They stand up against bad actors like China and fight for fair trade. The failed globalism promoted by Joe Biden and his liberal allies would hurt Wisconsin workers, raise our taxes, and crush our state’s economy. Supporting Joe Biden means supporting the days when American policies left working families behind — we can’t afford to go back.”