[Madison, WI] – Amid historic violence in Milwaukee and across the state, Tony Evers is dismissing victims of crime and refusing to answer questions on cash bail. Yesterday, Evers referenced his “busy schedule” when telling WKOW’s Capital City Sunday that he can’t recall meeting with crime victims – and in the same breath dodged questions on whether he agrees with Mandela Barnes’ mission to abolish cash bail across the country. 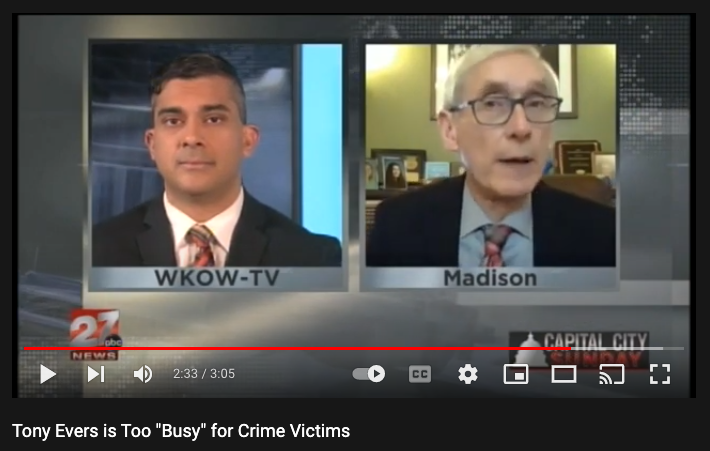 Rising crime is a top concern for Wisconsin families – but Democrats at every level, from Tony Evers to the White House, are either too clueless or too beholden to the far-left to acknowledge that the problem exists. In light of horrific tragedies like the Waukesha attack that stemmed from the same activist cash bail policies that Tony Evers and Mandela Barnes refuse to condemn, no elected official should be too “busy” to address the concerns of Wisconsinites who just want to feel safe in their communities.

“When Tony Evers isn’t just ignoring Wisconsin’s crime problem, he’s cavalierly dismissing those who have suffered as a result of soft-on-crime policies,” said Republican Party of Wisconsin Communications Director Anna Kelly. “Wisconsin’s governor must make time to ensure that our communities are safe, support victims, and tell Wisconsinites where he stands on critical issues like cash bail.”